The Matobo area of Zimbabwe is unique: it is one of the few places in Africa where not one but two species of rhino still live in the wild. 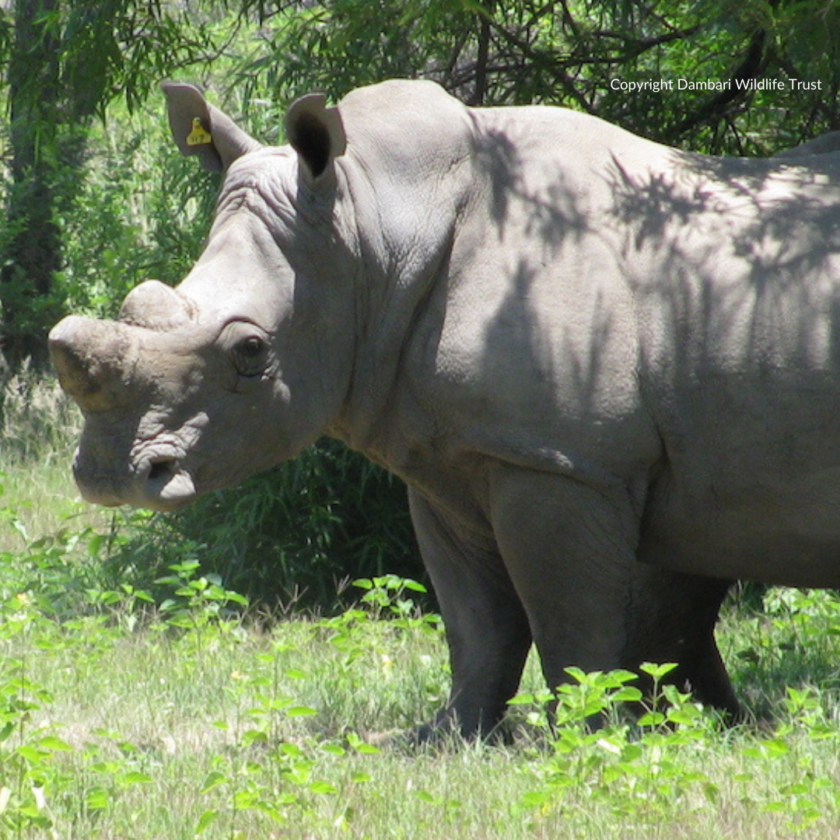 But can you guess what other wildlife call this place home? The researchers at Dambari Wildlife Trust have a special insight into Matobo’s more secretive residents…

Here are some of the more unexpected animals caught on their camera traps. Many of the creatures are nocturnal and shy, so they would have likely gone unseen if it weren’t for some strategically-placed cameras. 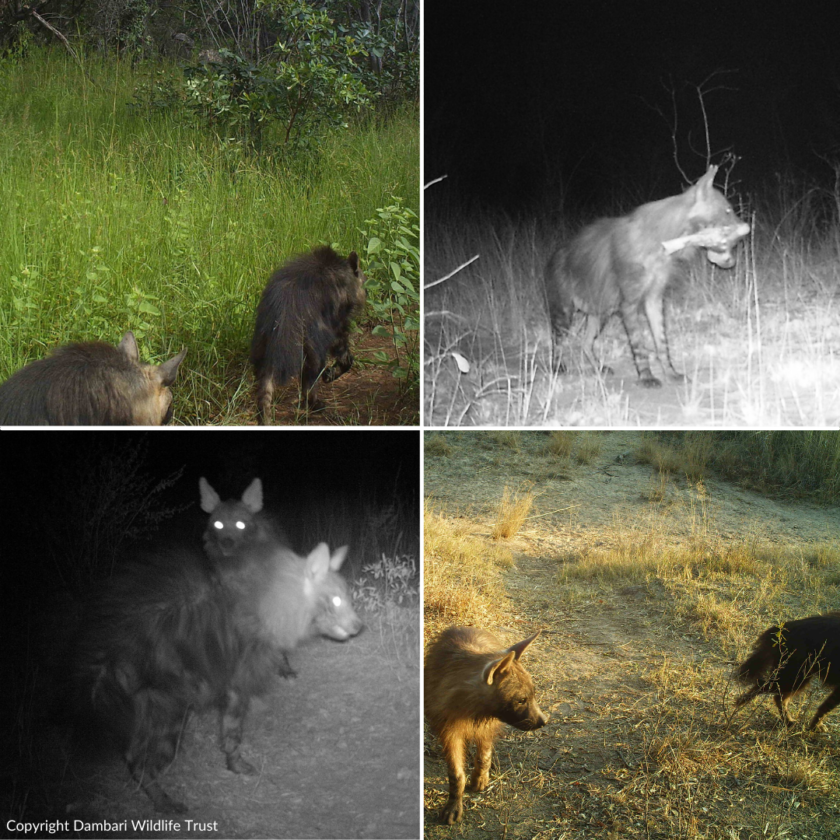 “We regularly capture adult brown hyena after dark on the Matopos camera traps, so seeing a youngster with an adult in broad daylight was a special treat, and reassures us that this vulnerable species is continuing to breed well in the Park.” 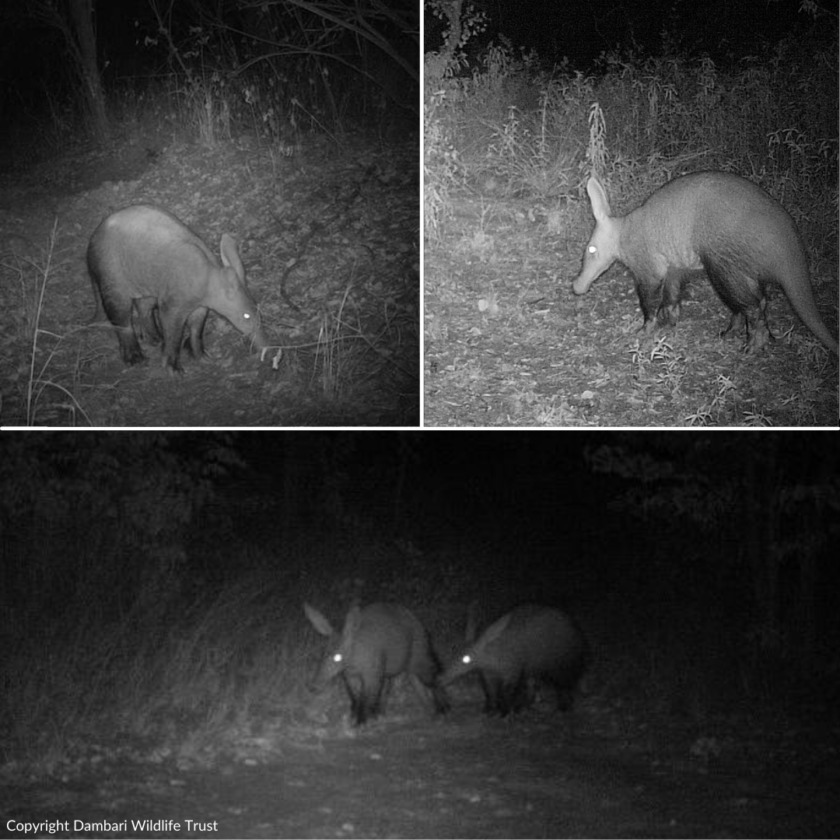 “We think the Aardvark is a really cool underground architect, and they can hoover up millions of termites during an evening’s forage. They probably travel quite substantial distances. One night, we photographed the same individual (recognisable because of an ear defect) at two sites around 2 km apart (as the crow flies). Time difference was around 3 hours.

However, they are vulnerable: farmers destroy them because their holes can create problems for vehicles, stock and water dams. These holes also provide important refuges for other small species including, so elimination of aardvark would also be highly detrimental for these other species.” 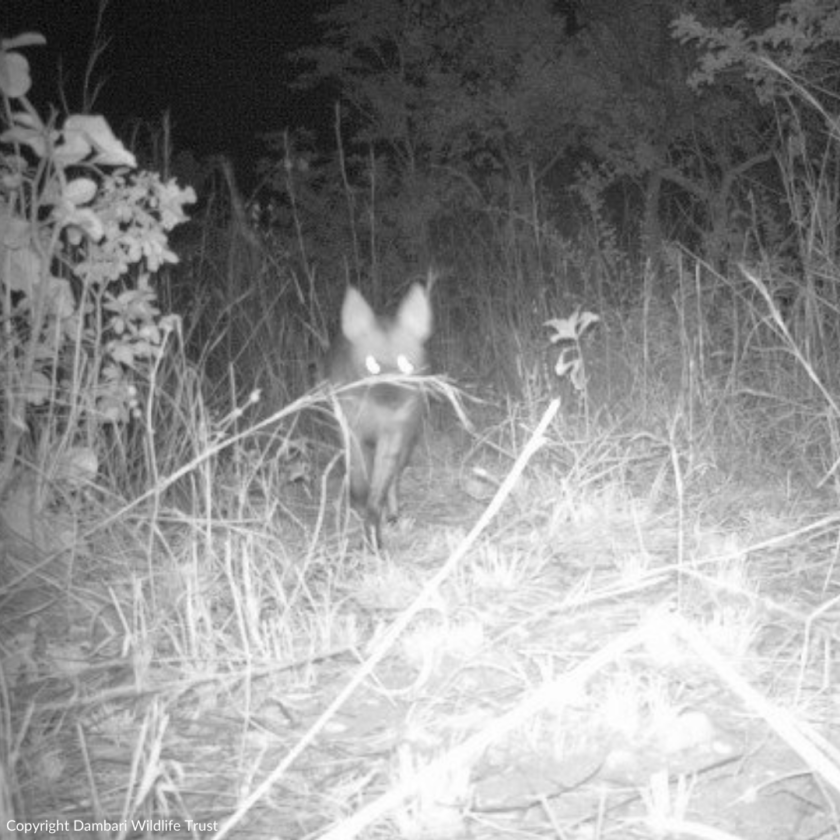 “The smallest species of the hyena family, and a strict insectivore. We’ve only ever photographed one – and not in the Park, but in a resettlement area to the West of the Park.  Aardwolves are quite dry-adapted and feed primarily on termites, so pickings may be better in cattle areas and in the drier West of the Hills.” 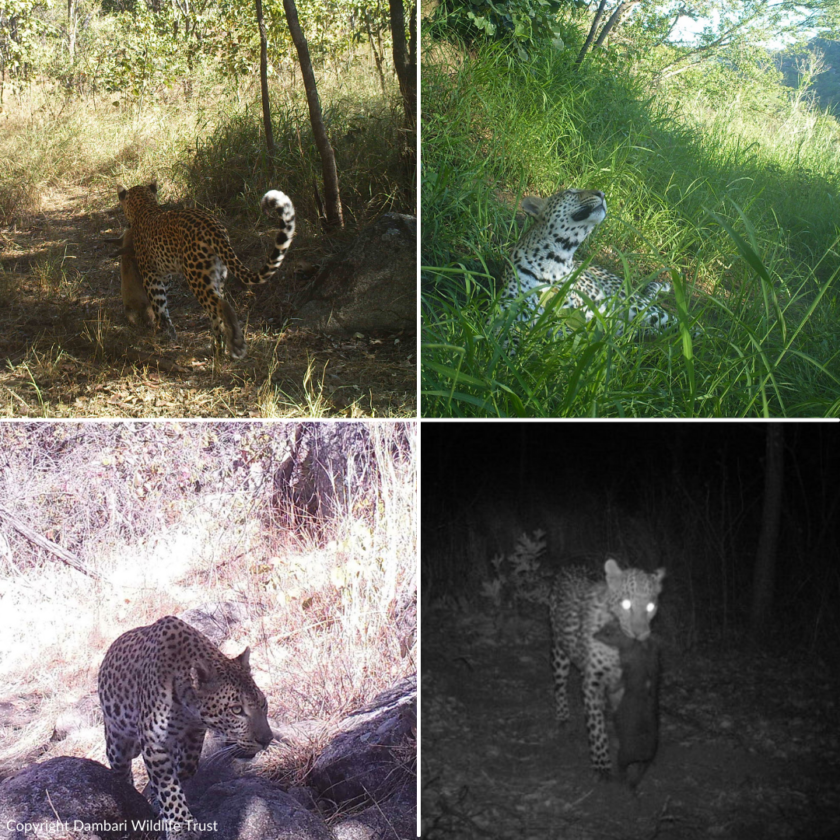 “It’s always such a treat to capture and share a picture of one of these gorgeous cats. Leopards can live 12-15 years in the wild. Independent, powerfully built, silent in the bush, superb camouflage and an efficient hunter, the Leopard is a team of one with all the attributes needed to survive… and is easy on the eye too.

Whilst it is unlikely that leopard densities in Matobo are the highest on Earth (an oft-cited factoid), there is a relatively high density that is supported by the hyrax population which probably forms the bulk of their diet. We’ve photographed leopard with hyrax prey on several occasions, and with a juvenile bushbuck once.” 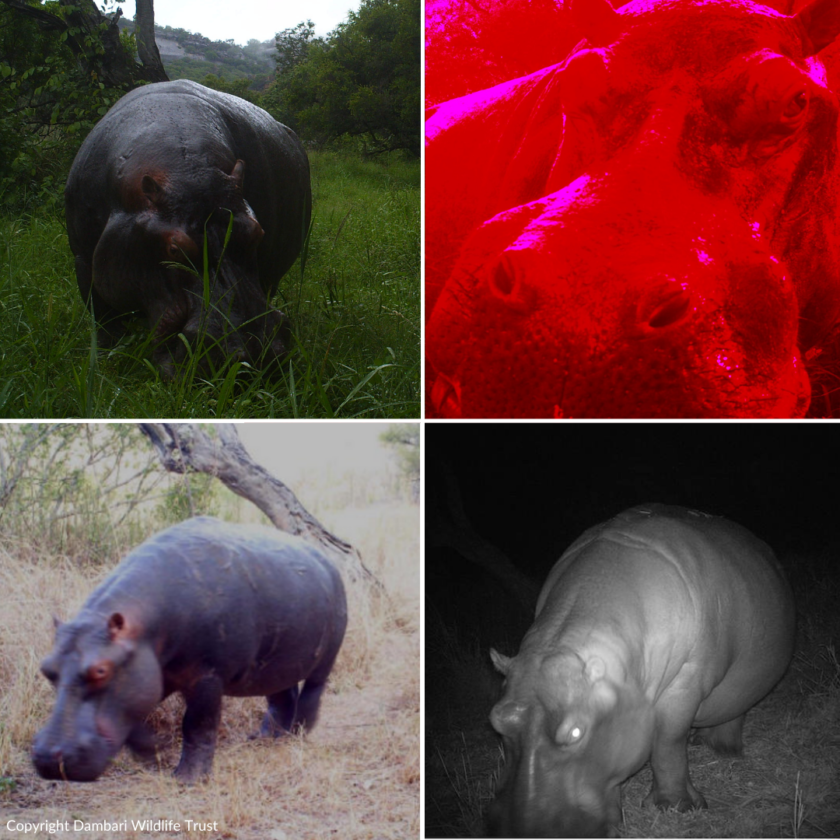 “Occasionally one of the older cameras doesn’t operate correctly under very bright light conditions producing an “arty” image (in red), but that doesn’t stop us gleaning useful information and details regarding a species… in this case an adult hippo.

In the Park, hippos are only found in the Whovi (Game Park) section. There are family groups in Mpopoma and Chitampa Dams, and individuals use large pools along the Whovi River as well. In drought years, we’ve photographed them more than 1.7 km from the nearest water source at night, presumably in search of good grazing.” 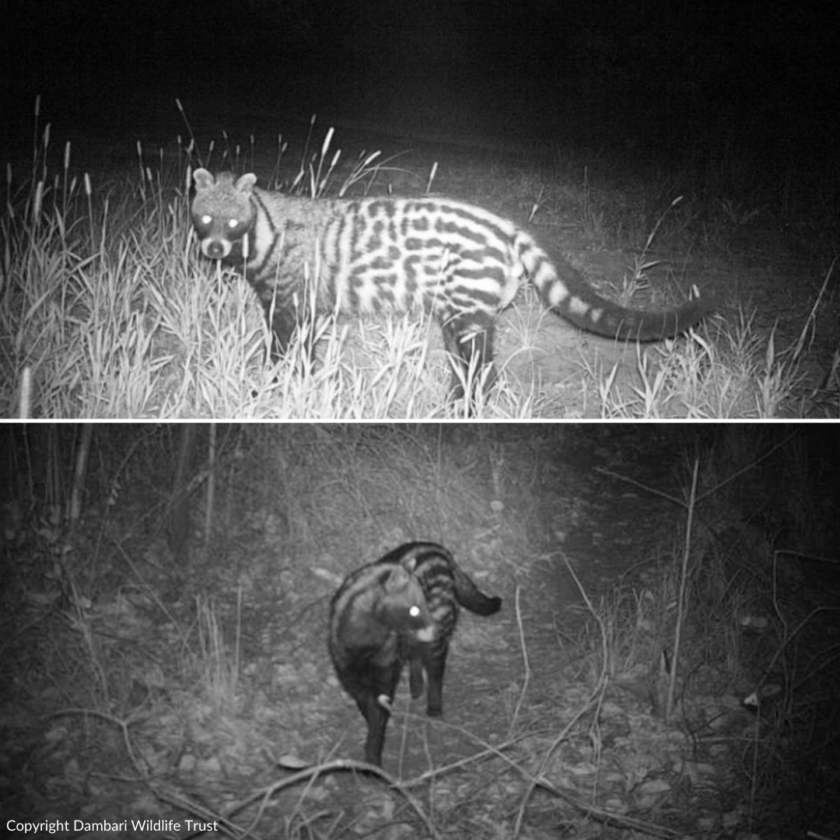 “The African civet is one of the larger members of the carnivore family Viverridae which also includes mongooses and genets. Civets are nocturnal, and eats insects, small mammals and birds, fruits and carrion. It is one of the few animals that can tolerate distasteful and potentially toxic foods such as millipedes and Strychnos (monkey orange) fruits. In fact, one way to identify civet dung is from the number of millipede rings present in it.

It is always a treat to capture a civet on camera in Matobo, as they are secretive and rarely seen.” 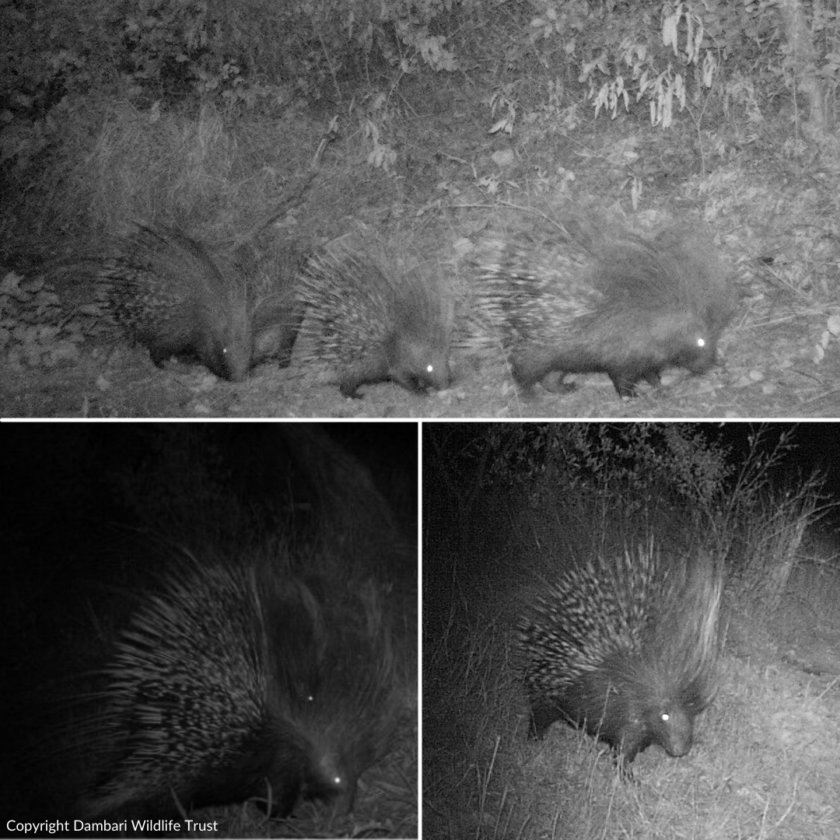 “Some prickly facts about porcupines (Hystrix africaeaustralis): Being nocturnal, porcupines aren’t often seen and normally forage alone, except if an adult accompanies a subadult for protection against predators, as may be the case in this camera trap photograph. They are also strong swimmers, buoyed up by their hollow quills, which are also an effective defence against their predators.” 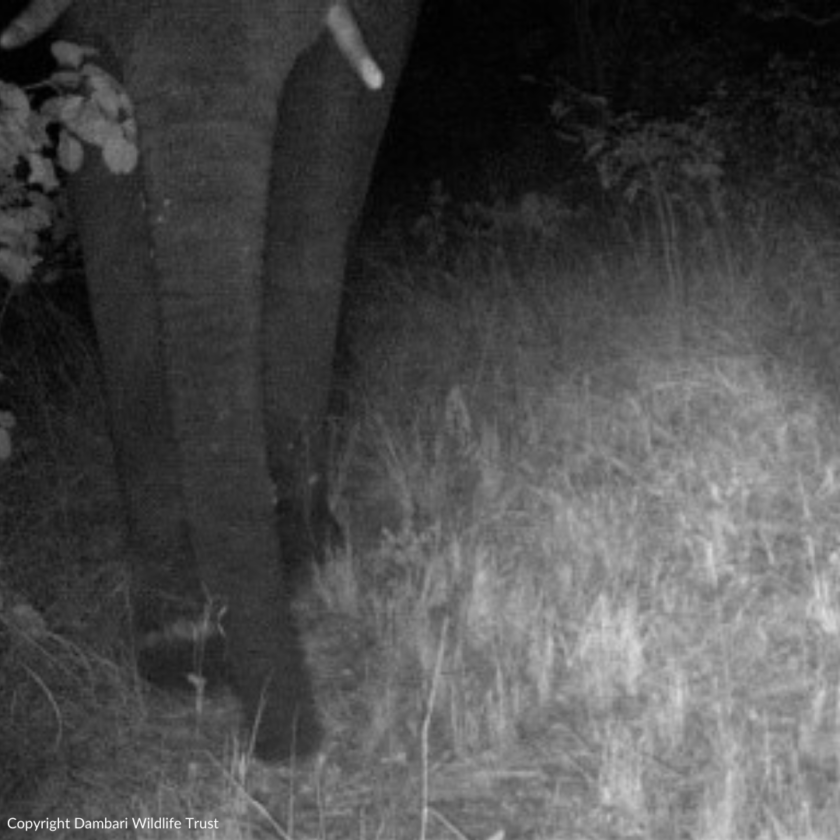 “We only have one photo of an elephant.  Elephants are transient in the Matobo Hills. We believe that they follow ancient routes from the Shashe area in the south, through the Hills and down the Mzingwane to Tuli, or else they may continue North to Shangani.” 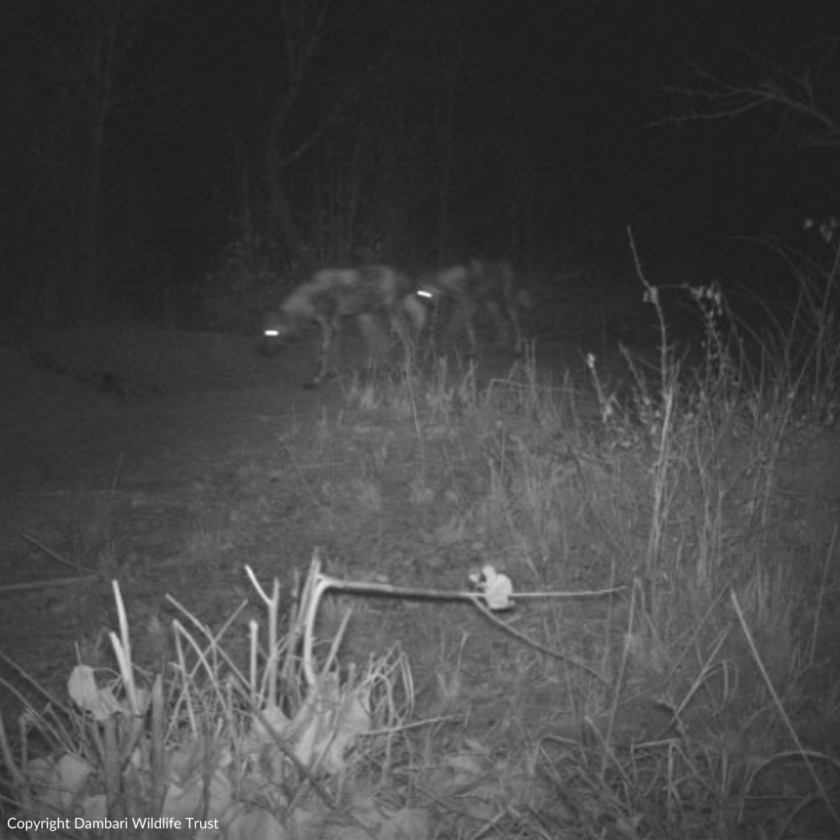 “Back in 2012, a single photo of two wild dogs (African painted dogs) was taken on the West of the Park.  Since there are no known packs in the Matobo area, the best explanation is that this was a dispersal group from one of the areas in Zimbabwe or Botswana where wild dogs remain (such as Tuli, Lowveld conservancies or Hwange). From a survey run by Dambari in 2013, a few people in surrounding communities reported seeing small groups of wild dogs passing through the Matobo Hills every few years.

Once again, this goes to show that having wildlife corridors is really important for wide-ranging animals such as large predators and elephants. Corridors can potentially enable gene flow across larger areas and contribute to the viability of populations.” 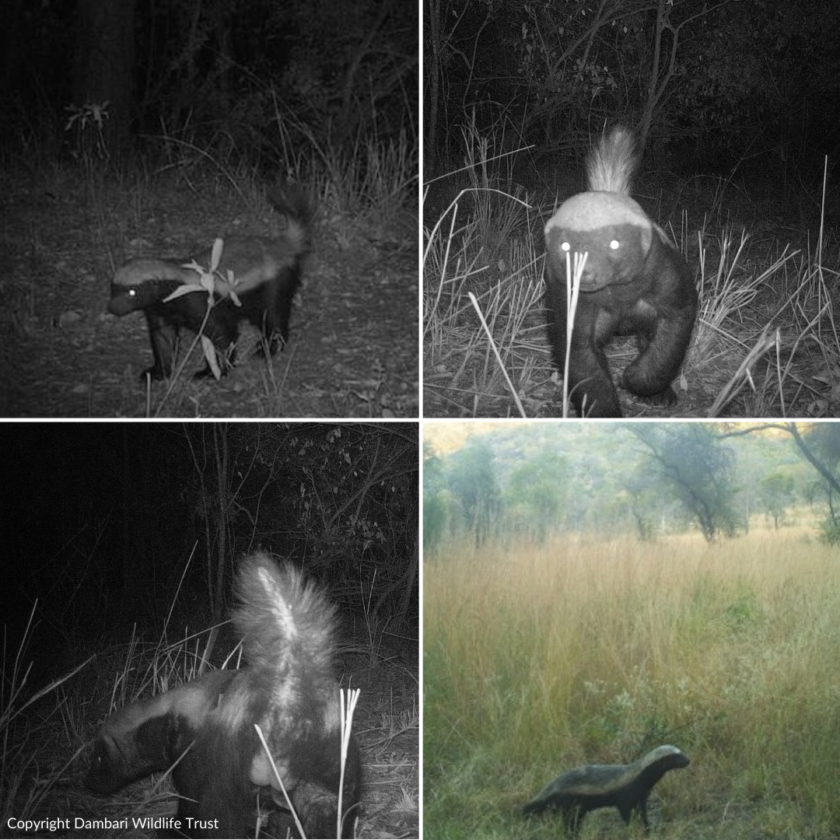 Everyone’s favourite temperamental animal, the honey badger (or ratel) is usually a nocturnal species but is sometimes active on cool days.

Visit the Dambari Wildlife Trust Camera Trap Gallery, or follow them on Facebook, for more surprising Matobo animals! To date, they have recorded 55 wild mammals, 5 domestic mammals, 26 birds and 6 reptiles on their camera traps as part of their Conservation Across Boundaries programme.

These traps are critical for monitoring and protecting local species. They allow Dambari to monitor animal numbers, breeding patterns, disease, behaviours and food availability. On occasion, the cameras have alerted Dambari to to injured animals, and to check for illegal poaching in the area.

How can you get involved?

You can be a part of Zimbabwe’s conservation success story. Help Dambari to continue protecting wildlife and working with communities in Matobo, Zimbabwe. Donate via their JustGiving page.

This post was published by Great Zimbabwe Guide as part of the blog’s aim to promote conservation of Zimbabwe’s priceless wildlife and ecosystems.

All images are copyright Dambari Wildlife Trust and are used with permission. The images should not be reproduced without contacting Dambari first. 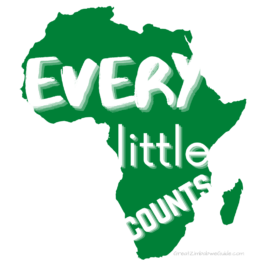 Did you know that you can raise funds for a Zimbabwean charity - at no... 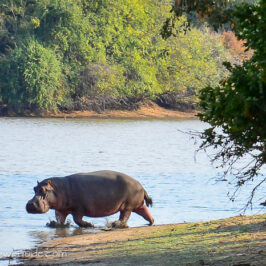 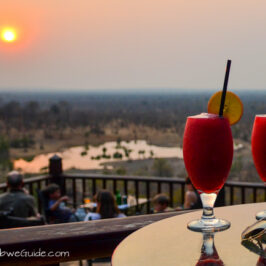 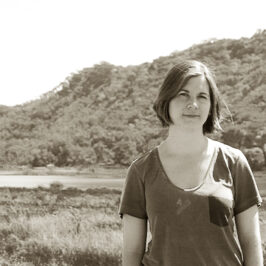 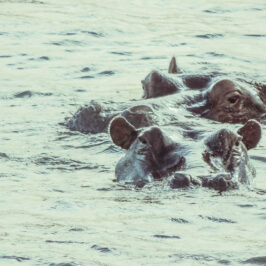 Zimbabwe’s has a handful of rock pools which are fantastic places to go swimming. They’re...