Matusadona National Park sits on the shores of Lake Kariba in the north of Zimbabwe. It is home to the Big Five as well as hundreds of bird and animal species; most of which existed here even before the dam was built. It is an unfenced park: the animals move around freely, attracted to the Zambezi water supply, age-old migration routes and habitat. 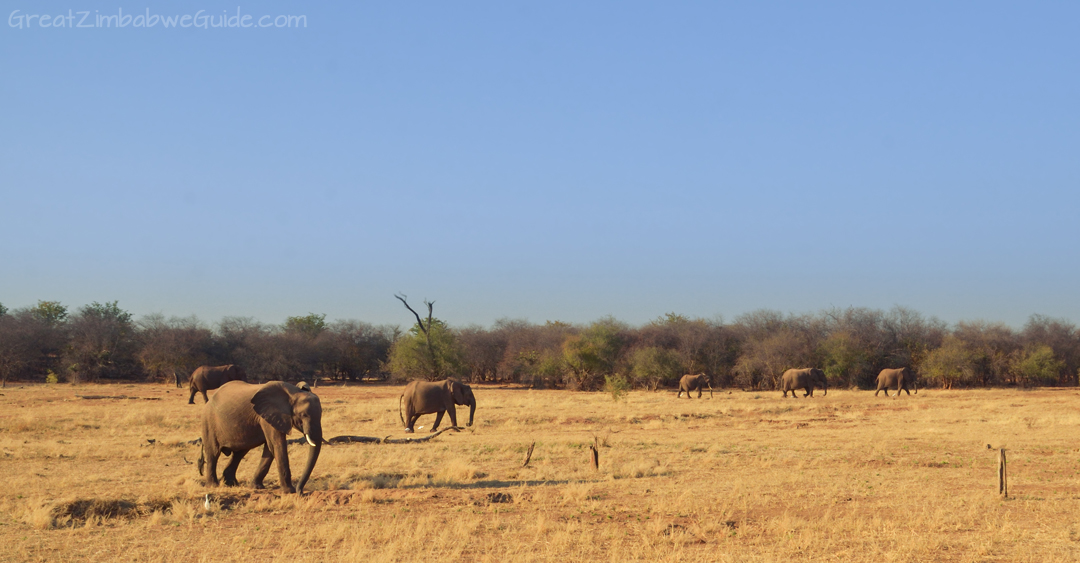 Lake Kariba, damming the Zambezi River flowing between Zimbabwe and Zambia, is the world’s largest man-made lake by volume. The dam wall is an Italian-designed feat of engineering, generating power for the surrounding region. Yet visitors come to this area primarily for its exceptional natural beauty and game viewing opportunities. 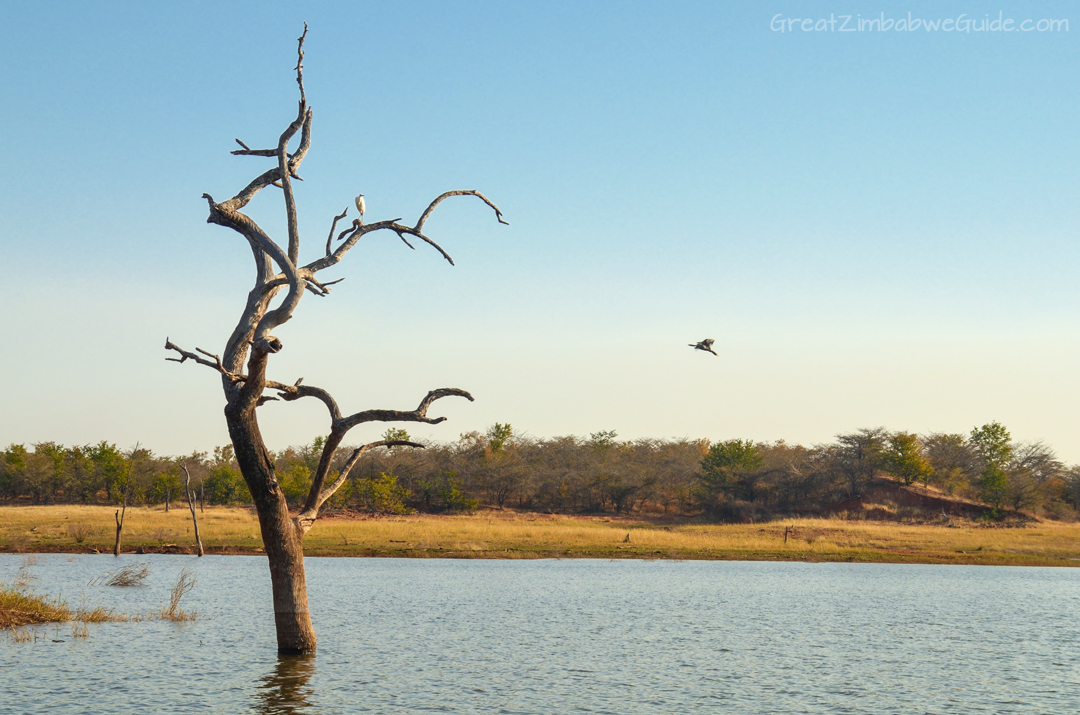 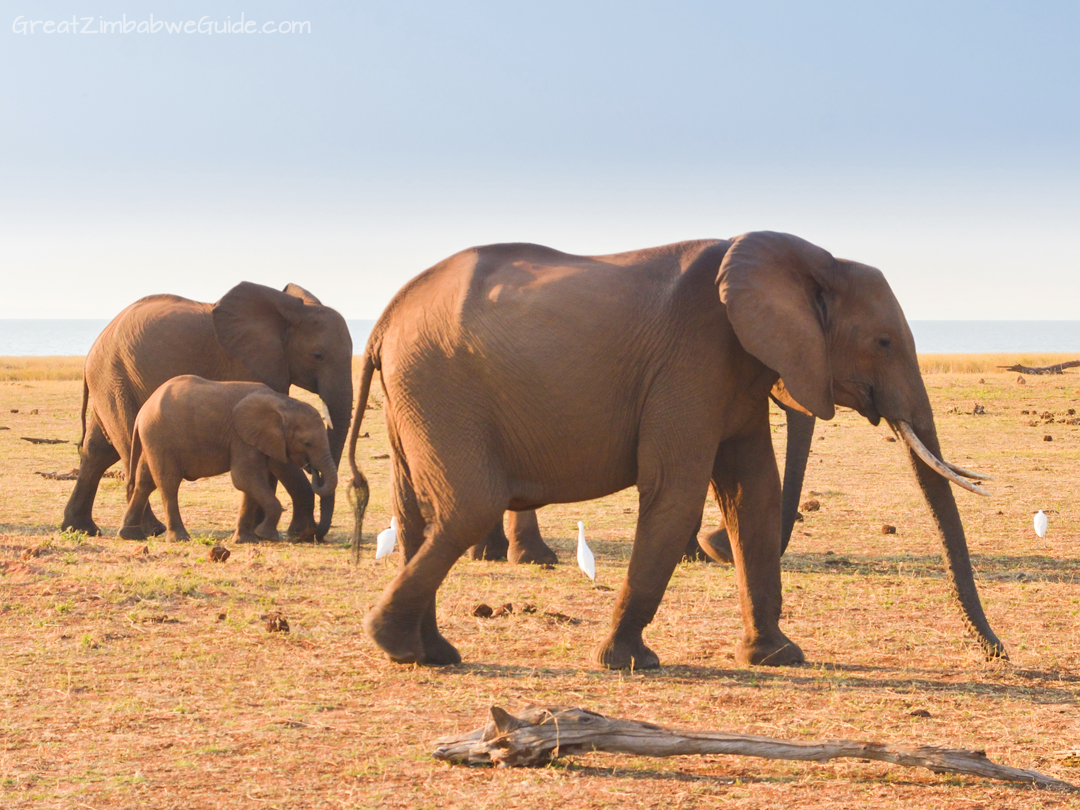 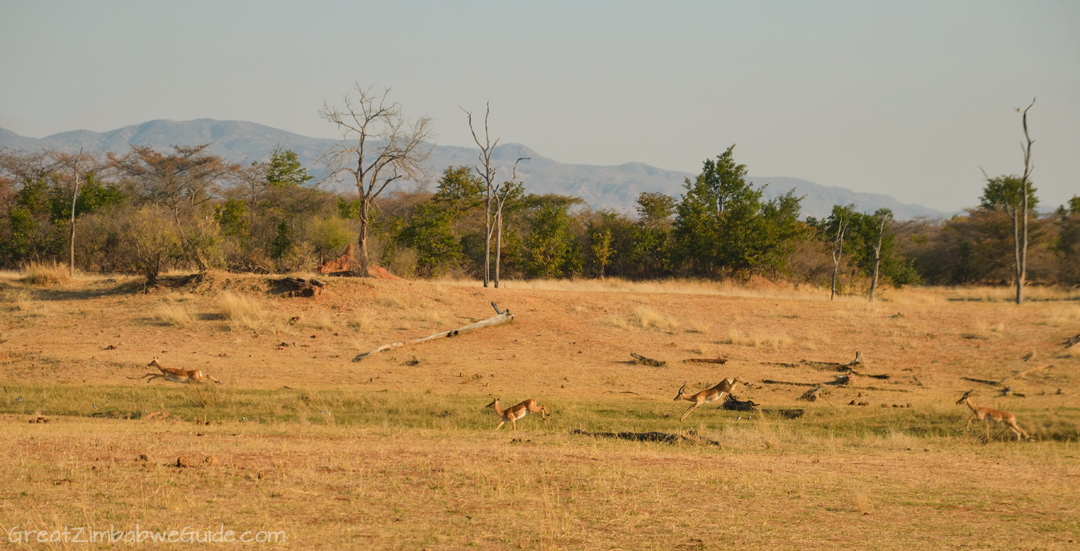 The lake, often called an inland sea, boasts more than 100 islands and a shoreline of over 2000 kilometres (1242 miles) long. This means that visitors to Matusadona National Park are able to explore the area not only by land, but also by boat. On the same day you could be driving through a mountainous area of miombo trees, a thicketed woodland of jesse and mopane trees, a flat shoreline grassland, and a drowned forest in the water itself. 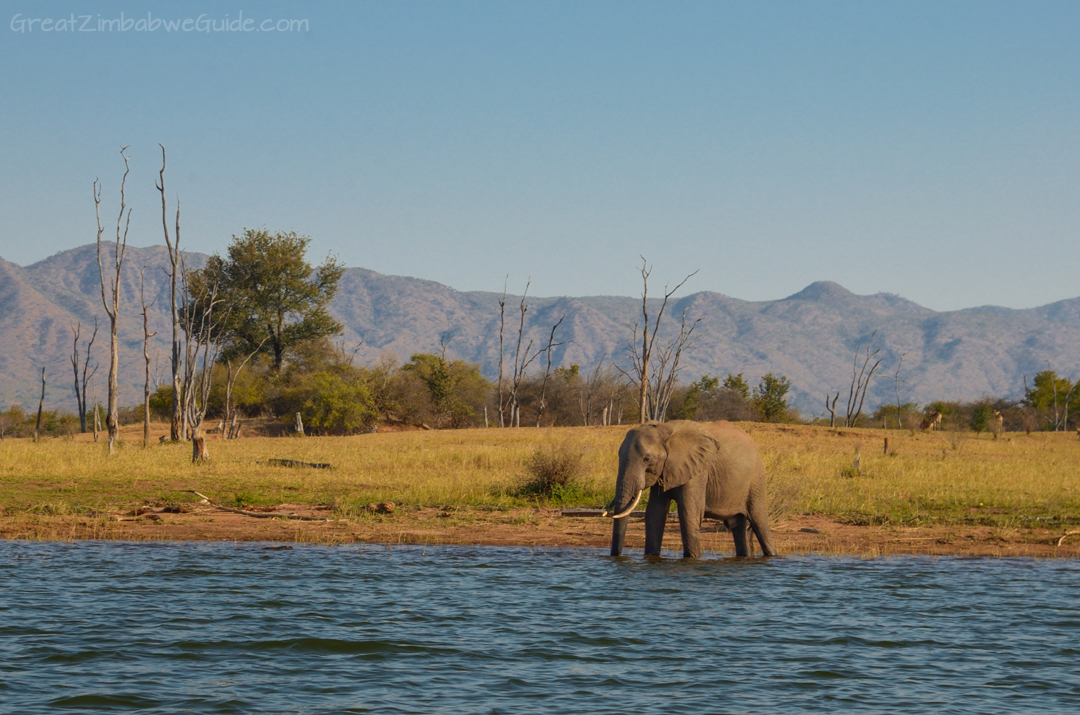 Spurwing Island Lodge was our base in Kariba during our August 2017 stay (you can read all about my time at Spurwing here). We explored Matusadona National Park by boat and by 4×4, both of which gave us a small insight into the creatures that call this place home.

Game drives are led by a qualified safari guide who have vast knowledge and experience of the local animals and habitat. Our game drive was led by Cliffy, who’s worked at Spurwing for over 20 years. As he drove us through the jesse woodland towards the grassland, he shared interesting facts about the land around us. He stopped to point out a pair of buck spoor spider, their burrow in the shape of an antelope footprint. He told us about termites’ preservation of indigenous trees, and about special plants that local people have used for centuries in ingenious ways. 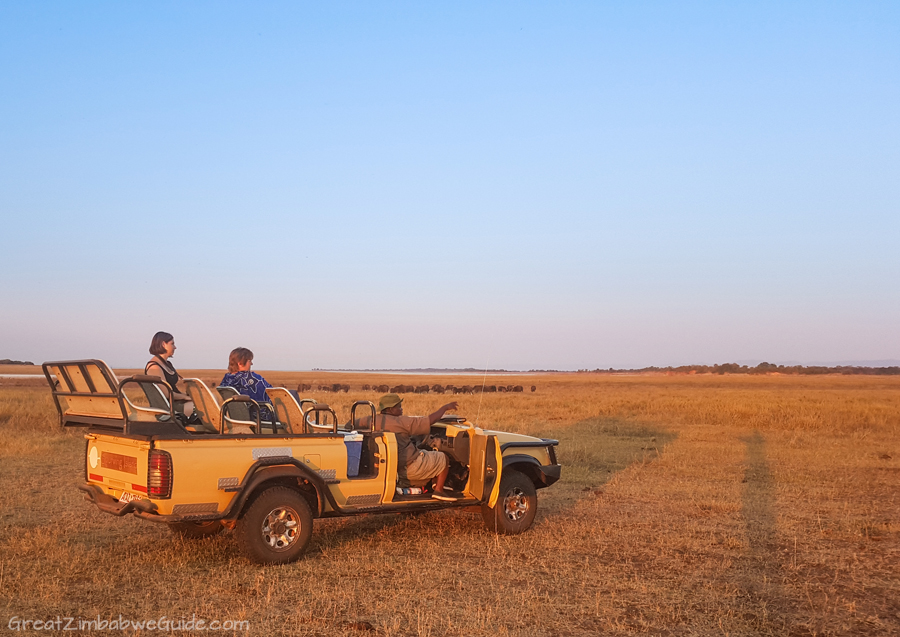 As we stopped to sign in at the National Park office, there were animal skulls on display and Cliffy told us all about the honeycomb structure and blood vessels in an elephant’s skull, as well as the small loaf-sized hole for its brain. 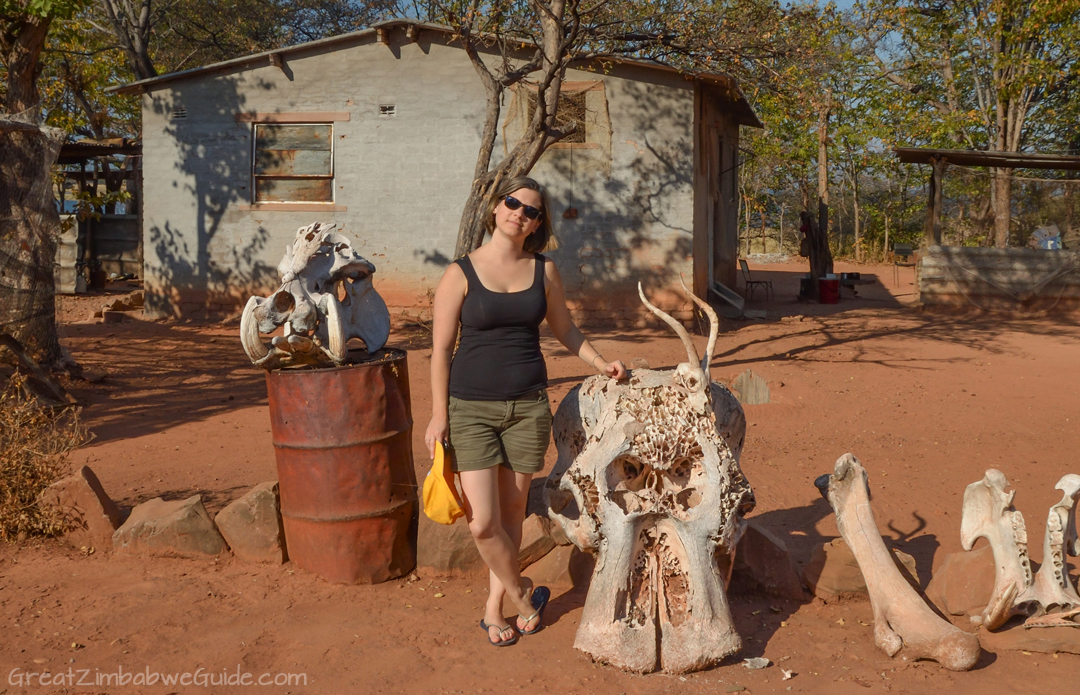 When we arrived at the shoreline, families of elephant took turns to emerge from the thickets and drink from the lake. The elephant were unnervingly relaxed around us, and let us get close to them while they used their feet to dig for the water-drenched grass. 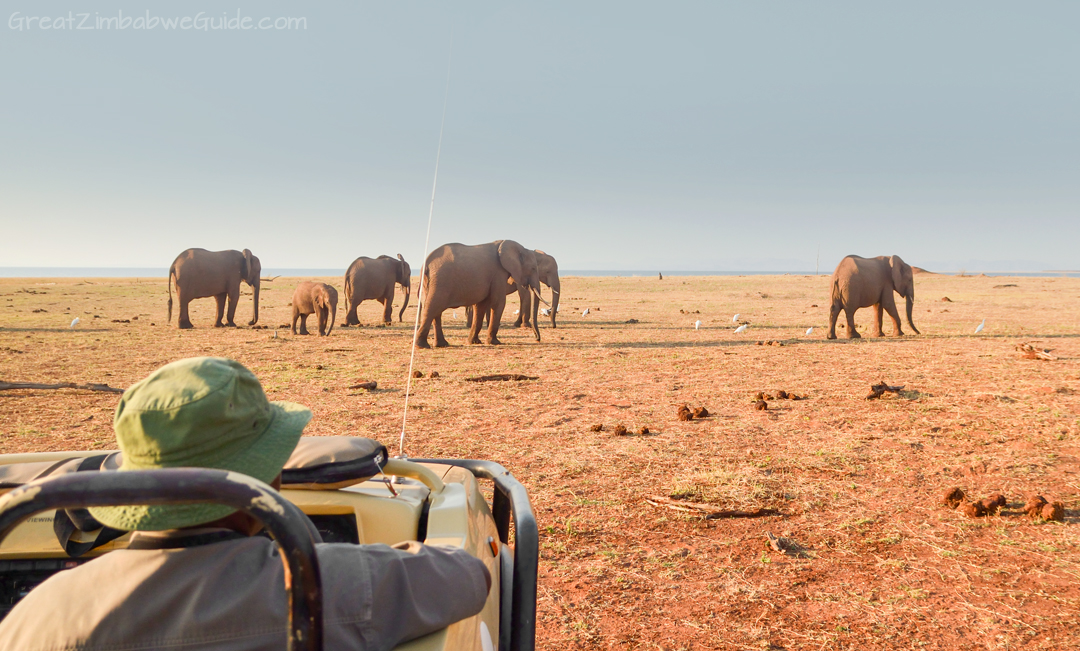 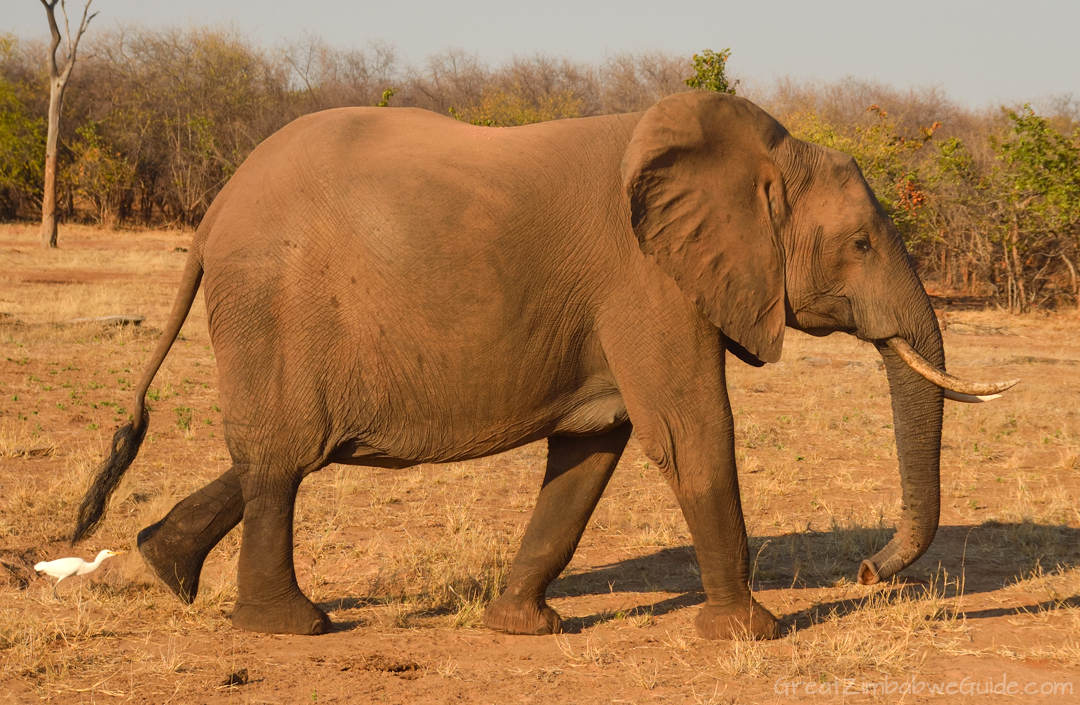 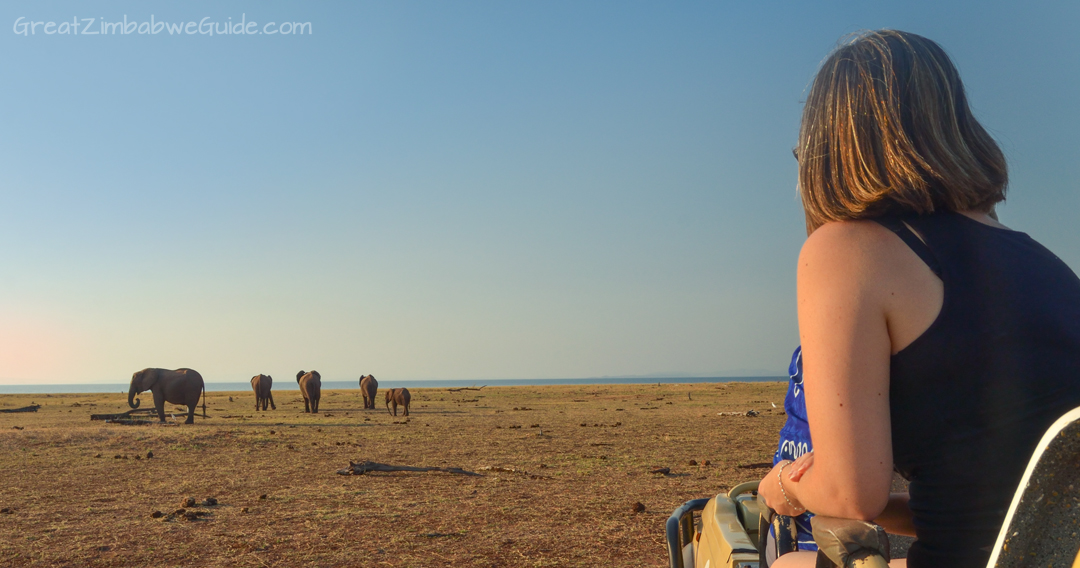 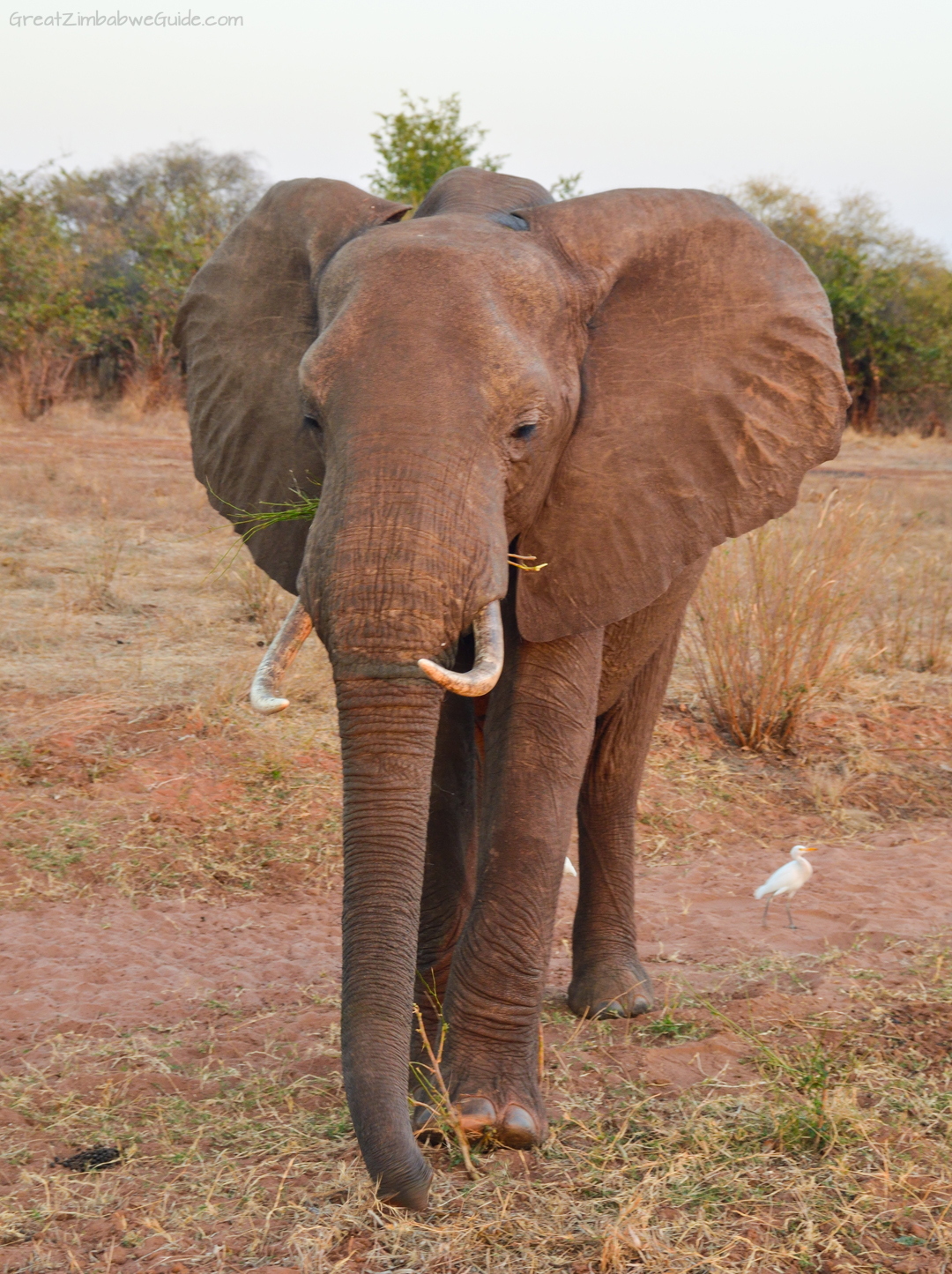 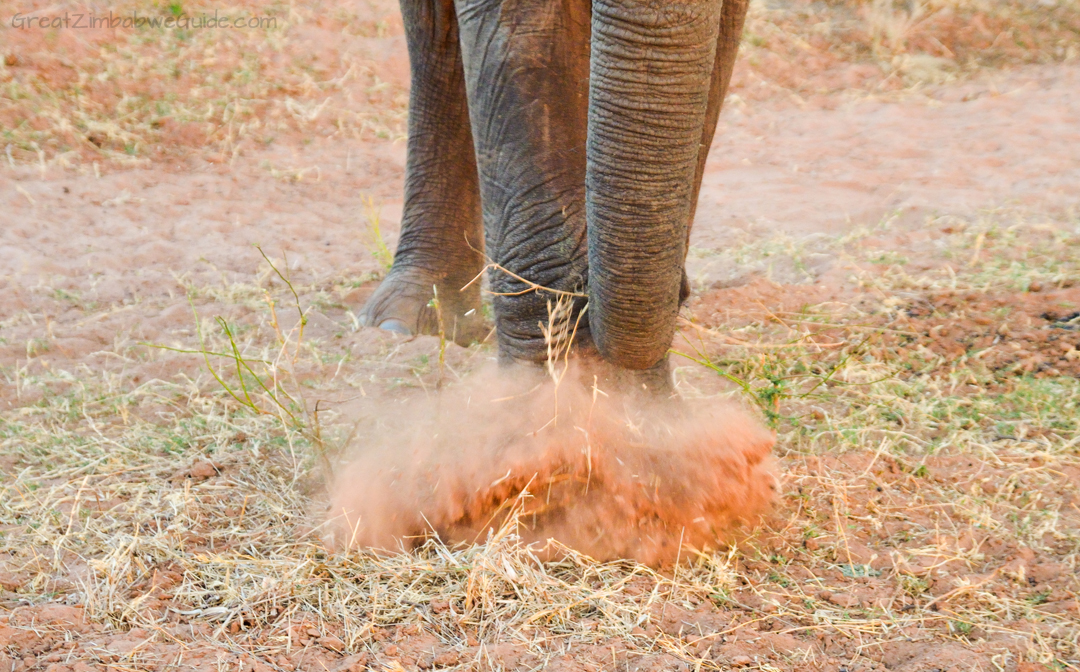 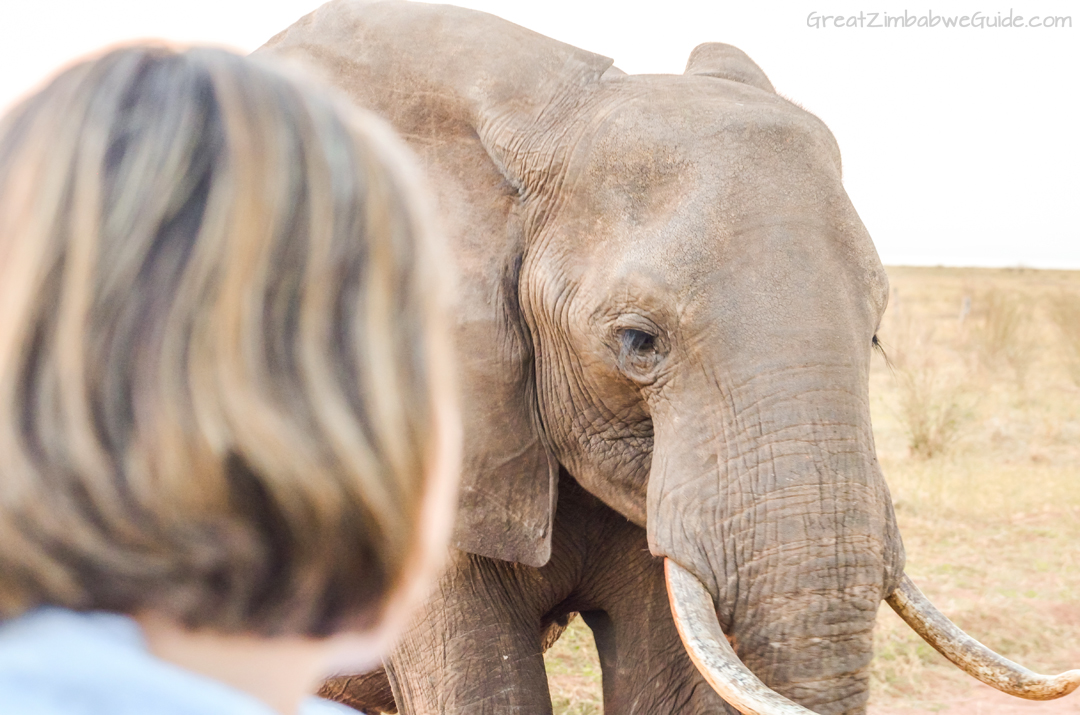 I asked Cliffy what changes he had noticed in the area during the 20 years he’d worked here. “Poaching” he said with an exhalation of breath. Local men are being given guns by middlemen who want the ivory and rhino horn. Those  Zimbabweans, trying to make ends meet in this economically-torn country, are risking their lives and getting paid hardly anything in return “while the ‘Big Dogs’ get the big bucks”, said Cliffy. And, I thought, leaving our wildernesses and our humanity poorer. 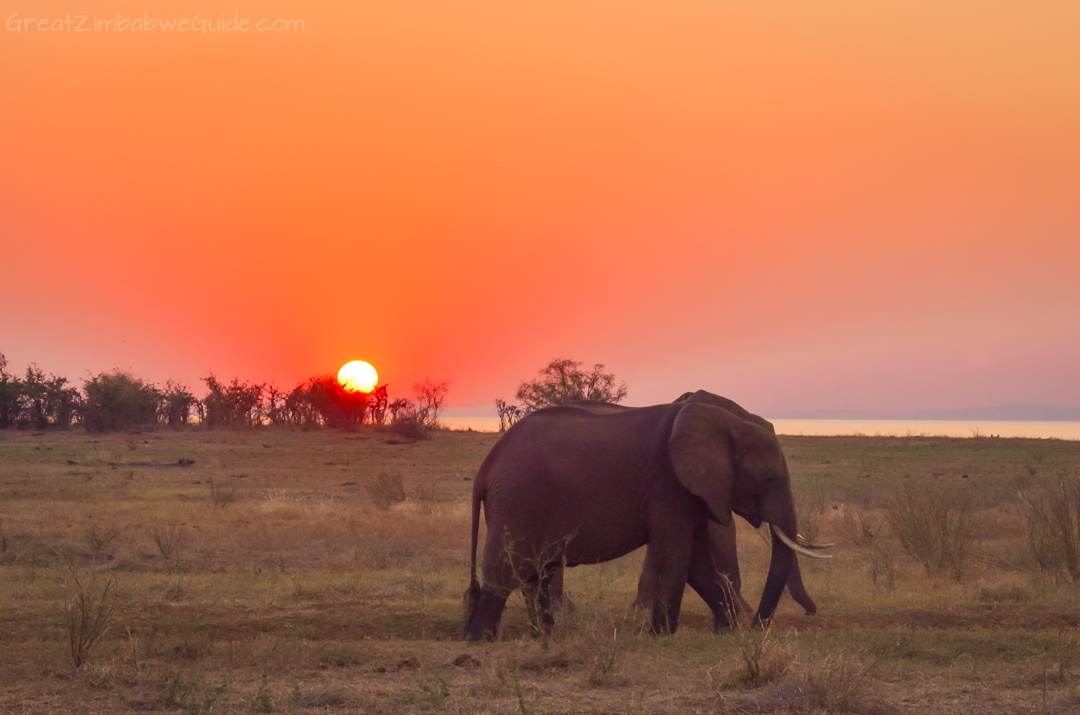 Indeed, there has been a 75% decline in the numbers of elephants in the Zambezi Valley south of Lake Kariba since 2001: that’s a decline in numbers from 14,000 to 3,500, according to the Great Elephant Census 2015/Zambezi Society. This thought horrifies me. Where two elephants stand in front of me, there would have been eight standing here in 2001. A similar story applies to rhinos and lions in this area. Local conservation societies such as MAPP (The Matusadona Anti-Poaching Project), BHAPU (Bumi Hills Anti-Poaching Unit) and The Zambezi Elephant Fund (ZEF) are making some headway, but they need all the help they can get. 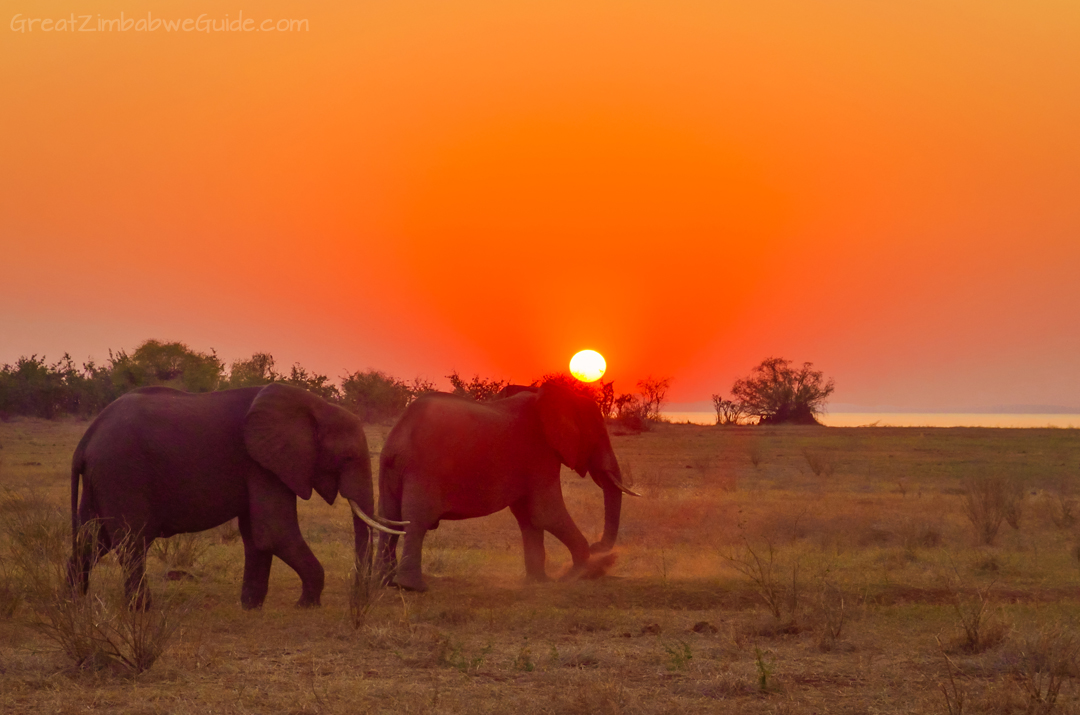 Although the elephants, rhinos and lions get most of the attention when talking about Matusadona National Park, there are so many more creatures that add beauty and variety to this wilderness, and we were lucky enough to see buffalo, impala, zebra, kudu, baboon and much more. 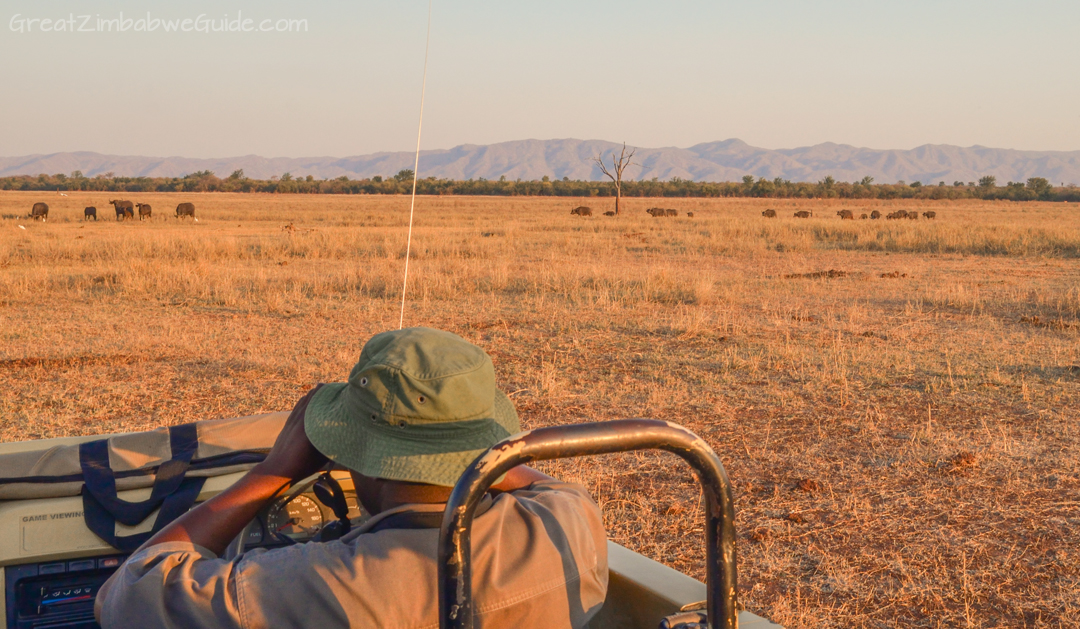 The best thing about this place is that these animals are not contained here, this is their home and we merely cohabited with them for a while. This aspect of the true wild is one very close to my heart; it’s something to be valued highly. It must be honoured by both lodges and visitors in order for Zimbabwe’s identity in the travel industry to be maintained. There are zoos in the west, there are safari-lite offerings in certain parts of Africa, there are luxury safari lodges throughout Africa, and there are back-to-basics true wilderness experiences, many of which still exist in Zimbabwe. I believe that Zimbabwe safari offerings need to retain their natural feel and unmediated wildlife experiences: these are their strong points and what keeps people coming back for more.

Like this article? Then take a look at these 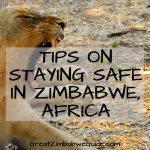 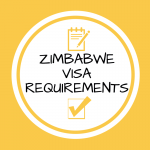 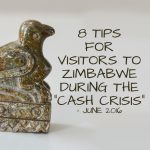 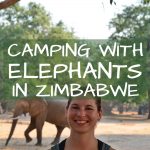 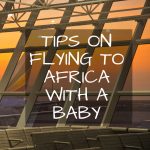 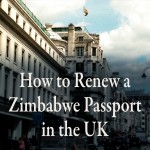 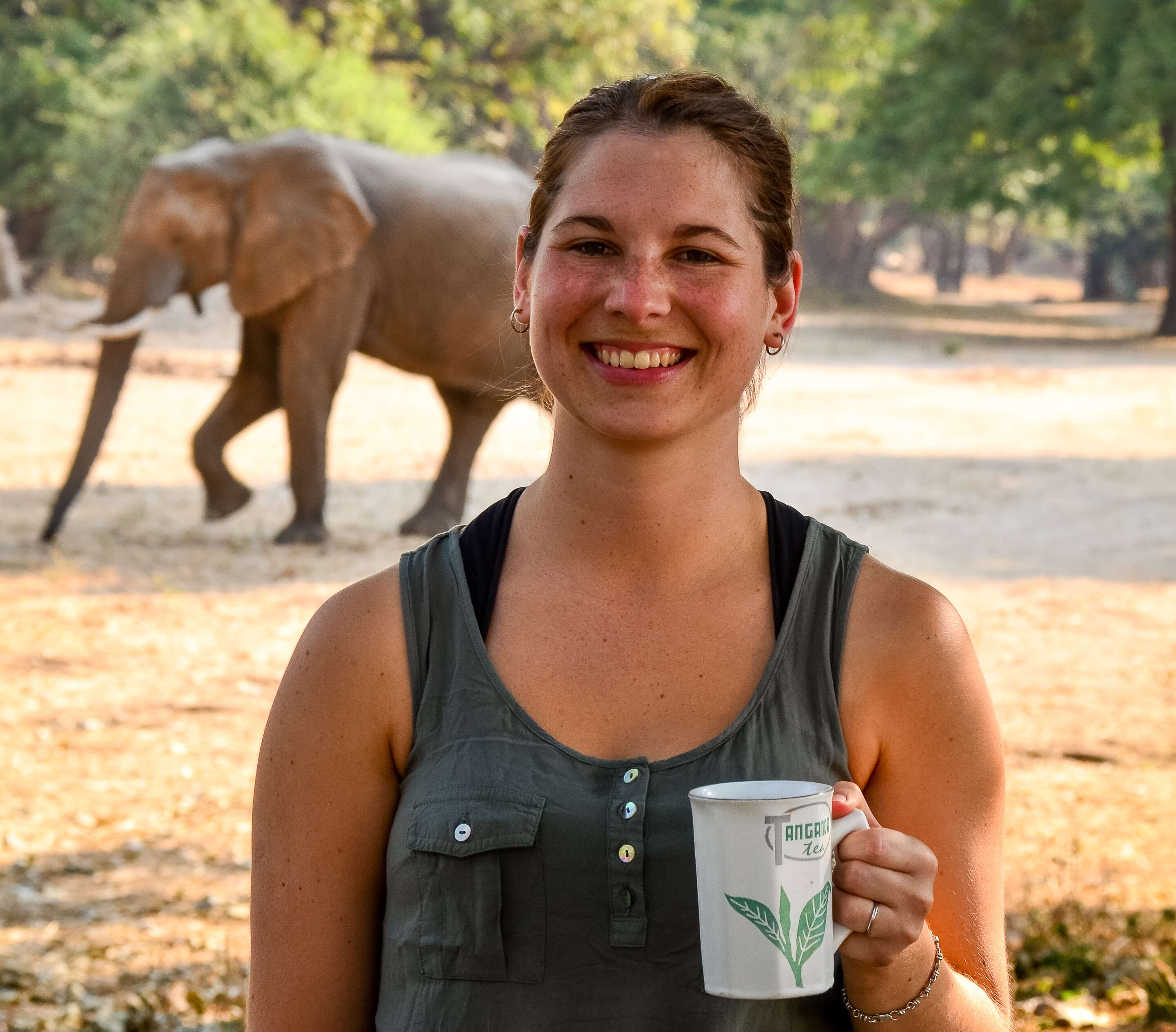 Get Beth's free Zimbabwe travel news and photos via email
Your information will never be shared or sold to a third party. To close this box, click in the top right corner.
We use cookies and custom ads to help give you the best possible browsing experience. Click here to view our Cookie Policy