It’s 1983, and Robert Jacklin is the new kid at Haven school. He’s moved far away from familiar, safe, England, to Zimbabwe. He soon learns that he’s not the only one entering the unknown. The boys in his boarding house are in a new land too. The country that they knew, Rhodesia, no longer exists. After decades of being a British colony, and 15 years of war, the White minority government is no longer in power and the Republic of Zimbabwe has been created. Robert Mugabe is the Prime Minister, and he promises freedom, progress, and land for all.

In the new Zimbabwe, African boys like Nelson Ndube can attend private schools like Haven. He and Robert, who doesn’t have the racial baggage of his White classmates, quickly become friends.

And then there are boys like Ivan Hascott, who cannot shake the past. Ivan wields his swords of racism and hatred with such a terrifying passion that it reverberates against everyone he knows. Robert soon learns that in this school, the war is far from over.

From the outset, Wallace makes it clear that this is the story of a White foreigner seeing Zimbabwe for the first time. As a result, the descriptions of the land – the smell of the first rain, the dusty bush roads, and the huge sky – these encapsulate what a visitor might feel on their first trip to the country. Wallace spent his teenage years in Zimbabwe so much of the descriptions are based on his own background. Haven school is based on the real-life Peterhouse outside Harare, and the references to landmarks, nightclubs, and street names are mostly based on fact. These all pull us into a very believable picture of 1980s Zimbabwe.

The characters of Robert and Ivan are fascinating and horrifying: horrifying because of what they reveal about ourselves. Despite being repulsed by Ivan, he is so well-painted that we can’t help but want to know where he takes us next. The racism and violence carried out by him and the White schoolboys makes us want them to fall, to fail, to be punished; and in this way we almost want them to lose their farms, their families, and their livelihoods. Which resounds with real current-day events. We almost want Ivan to be tortured in the same way that he tortured others. And this is one of the questions that the book asks: how far would you go to level the score of the past?

This is not a book to be read on its own – it needs to be read as a complement to other books about Zimbabwe: it is one character’s story that should be read within the spectrum of Zimbabwean literature. The plot and characters are all constructed in an effort to build up to Ivan’s final attack; the climax of the book. Because the book is set in 1980s Zimbabwe, and because of the writer’s gender and race, it can be easy to place his novel too closely to the works of the well-known writer, Peter Godwin, who also writes about that period. However, Godwin’s works are autobiographical.

We should appreciate that Wallace’s book is a work of fiction and can never be a full embodiment of that era of Zimbabwe’s history, despite the truths that it may contain. We would be naive to see the novel’s portrayal of White and Black characters as a microcosm of Zimbabwean society. With this in mind, we can get on with appreciating this story with car-crash interest: what we see is deeply troubling, but we’re completely transfixed. 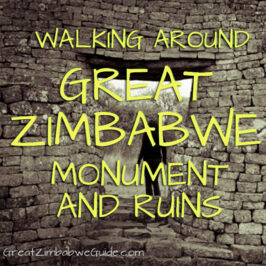 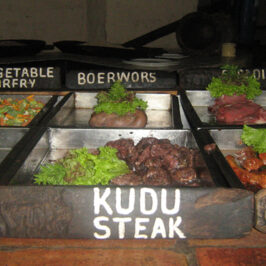 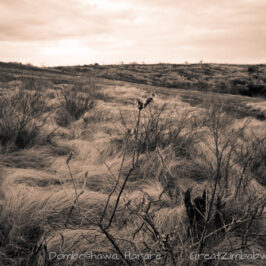